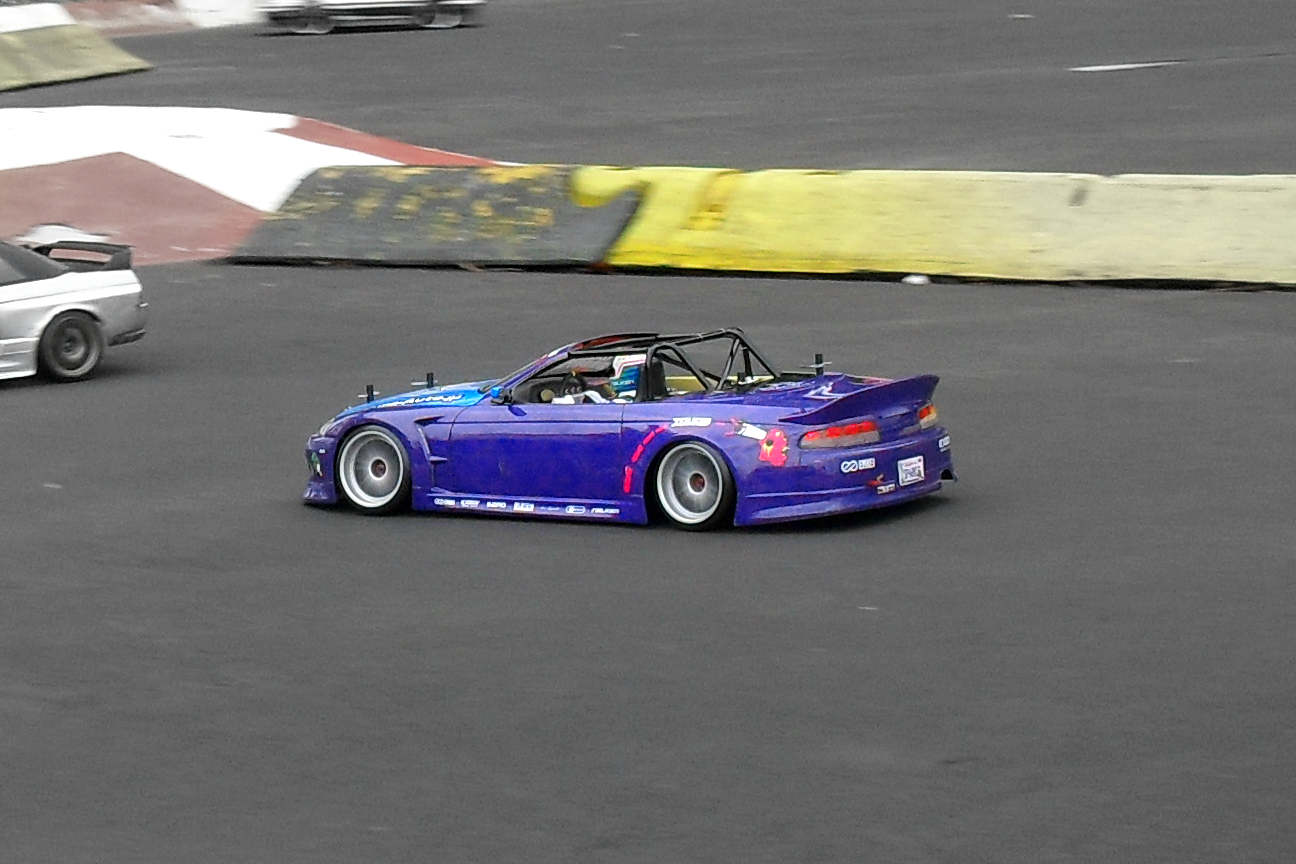 As you might have read on our Facebook page, Team Wreck it Sideways held it’s 3rd practice day at the ERCE racetrack in Eindhoven. It was open to the members of TWS, ofcourse, and a selected group of other drifters from the Netherlands and Germany!

Read more after the jump…

Most had little confidence in the weather that sunday, but stubborn as we are we just went there and made the best of it. Even though some of the invited didn’t come, we still had a good 18 people attending, which, aided by some sunshine later that day, made it a great succes! 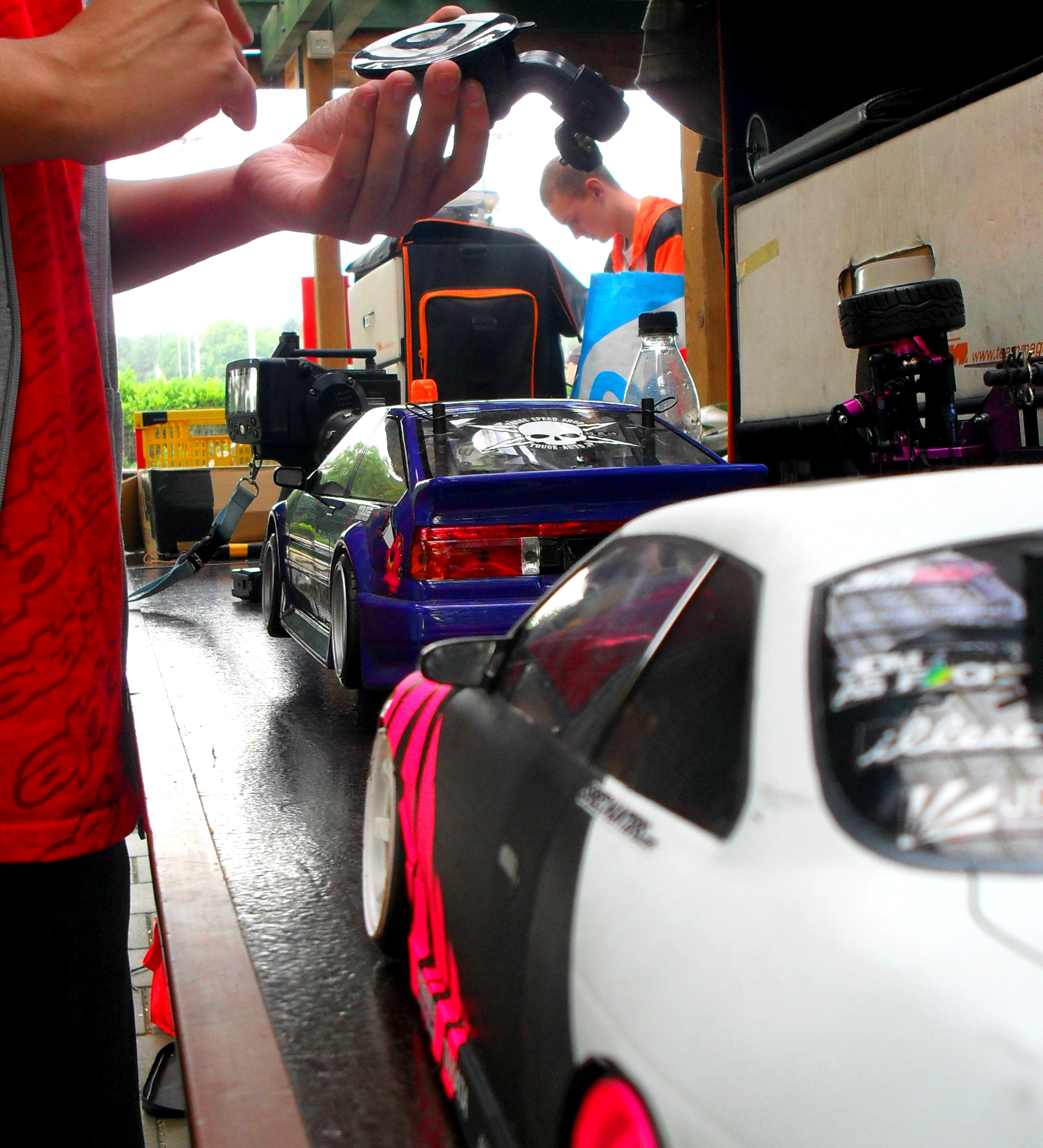 Sadly Ricardo forgot to charge the batteries for his camera, and since Bart from Dorigazo was driving, I took the opportunity to try out my panning techniques. 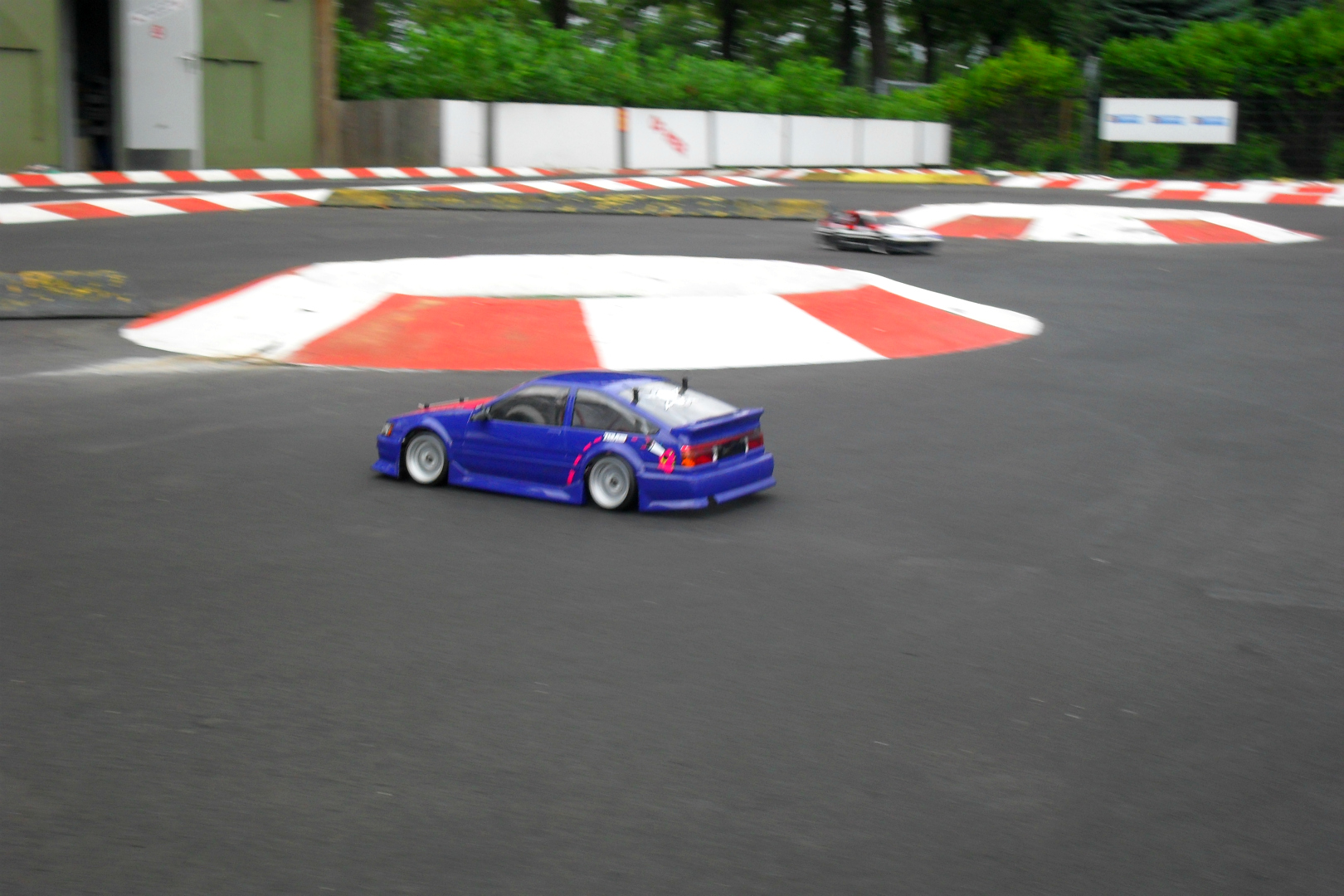 First of all, please excuse me for the unsharpness of some of the photo’s, panning is a skill I still need to master.

Second, I was using a small handycam with a crappy autofocus, so that made my lack of skill even worse… 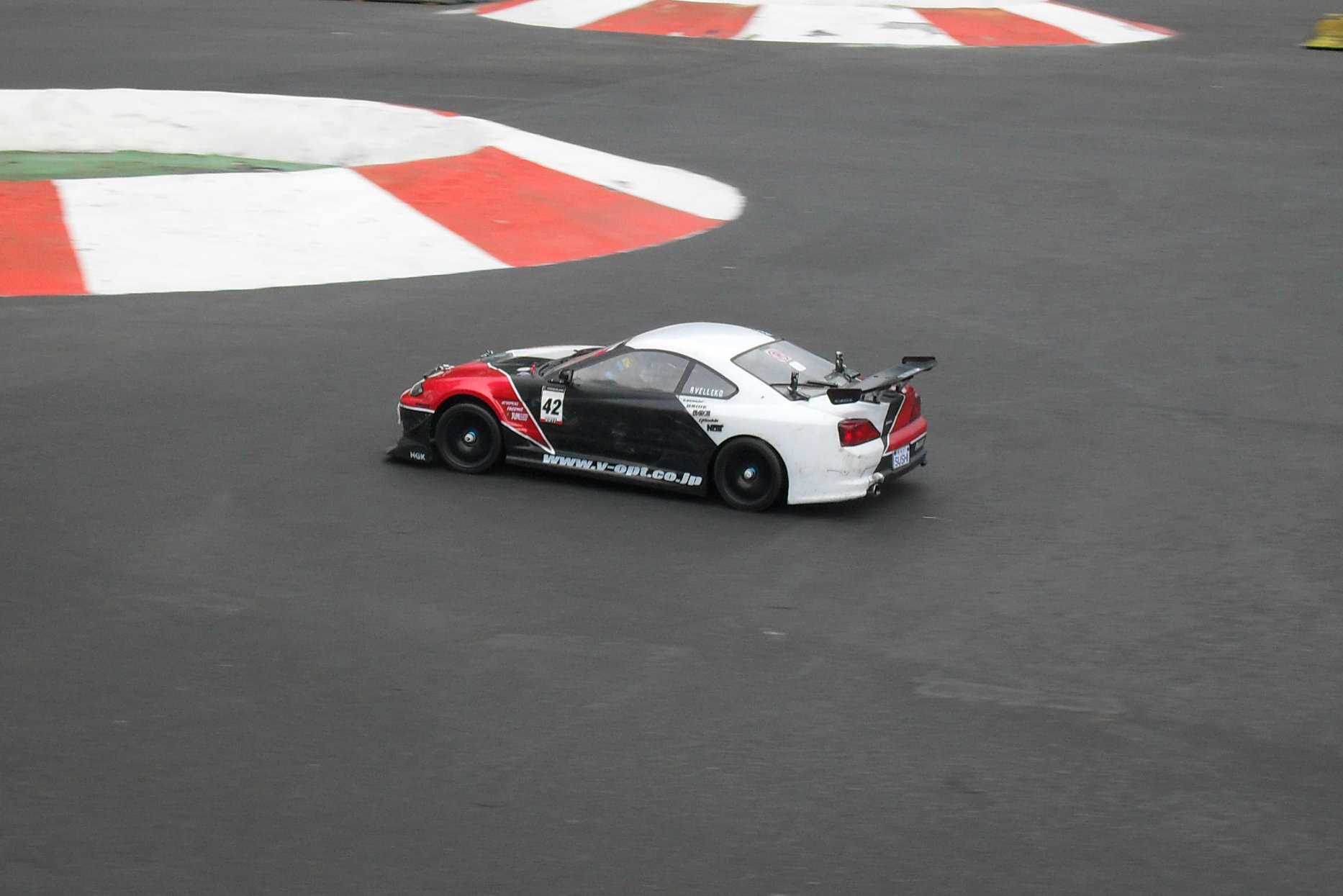 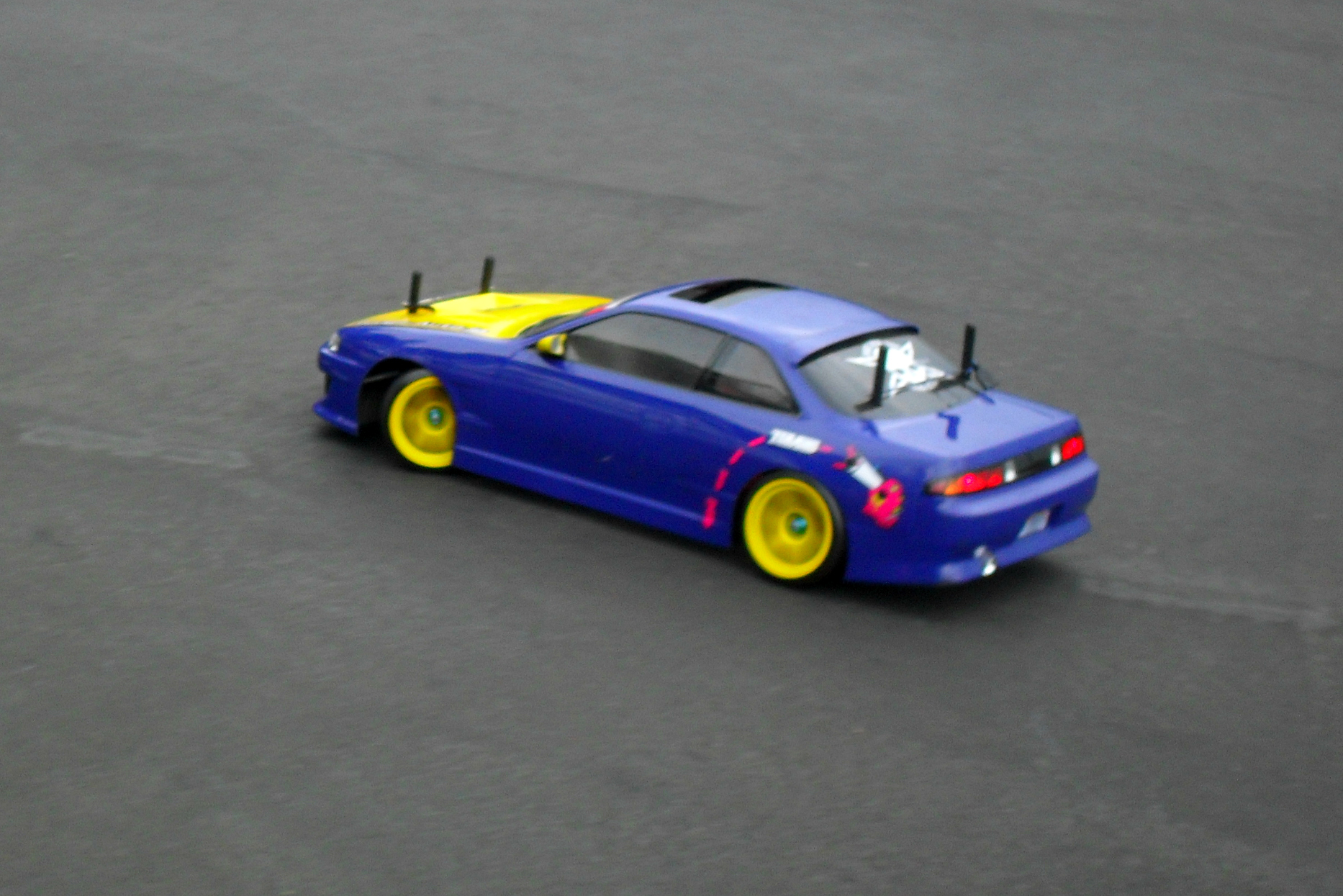 It was some great practice for the D1RC World Championship, which is held from 26-29th of August, and in which Tijs, Ricardo and I will be attending! Keep an eye on the blog and Facebook page for some realtime updates and more! 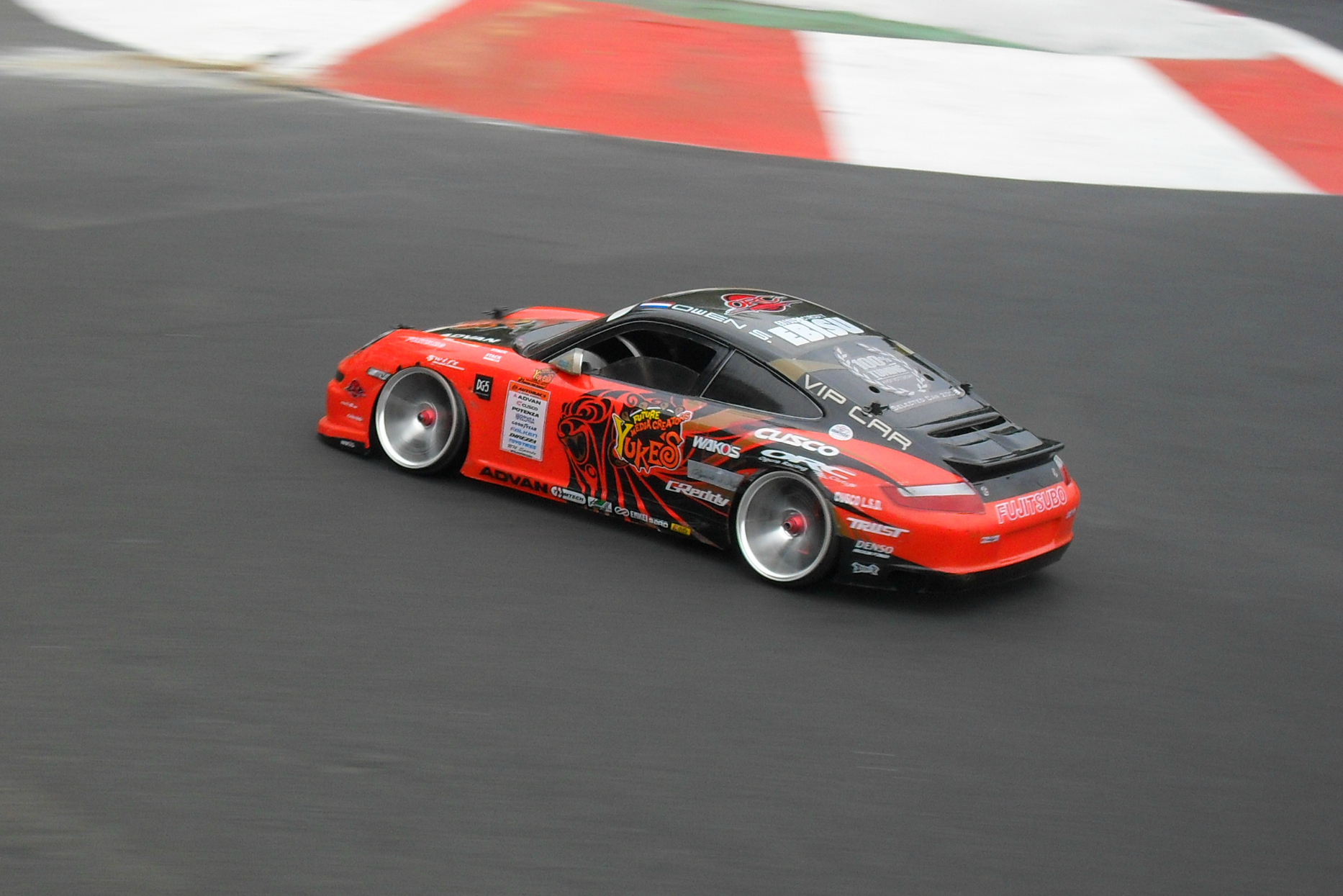 I’ve also heard from Owen, our Dutch D1:10 Guru and 22″ freak, that later this year a D1:10 round will be held at the ERCE venue. That is some great news for most of the TWS members, since they all live close to Eindhoven!

Even though I had some mechanical difficulties which ment that I wasn’t able to drive my Cyclone, I still had some great fun(and littered the place with flakes of pink paint XD )

One comment on “TWS Invitational practice day at ERCE”