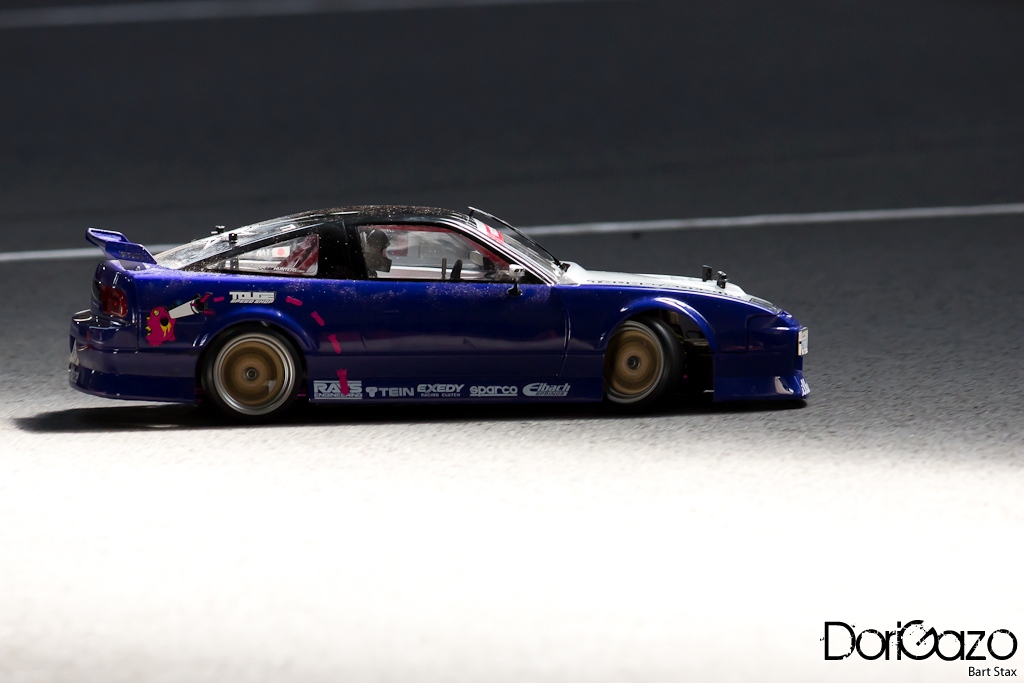 Even though round 4 was months ago, I thought it deserved a more extensive post. Due to heavy rain the meeting was held at v/d Ende Kartracing in Poeldijk instead of the HFCC circuit.

Read more after the jump…

The picture above shows the new Touge Automotive team shells, as well as my Onevia, since my team shell is not yet finished. The livery isn’t finished yet, but we decided to drive the cars anyway as we wanted to show the rest of the competition what we’ve been up to!

Qualifying time! For Edo it was very important to qualify in the Top 16, since he’s still in the race for becoming champion! Edo qualified a neat 4th place, just above Ricardo who qualified 5th!

O, and let’s not forget Tijs, who, after driving a near perfect run, qualified 1st place!!!

Reinier qualified 14th, just safe for a spot in the A-finals. I on the other hand fell just outside the A-finals with a 16th qualifying position and had to battle it out in the B-poule.

After winning my first two battles I was in the semi final of the B-poule, against Bart Stax from Dorigazo.nl. If I were to win the semi final I would be battling against Joost(above) who, as you might remember, I met before in the B-finals of the 3rd D1:10 round.

But it wasn’t meant to happen… I blew my gears during my practice run against Bart and wasn’t able to fix it properly within the 5 minute mark. Bart progressed through to the top 16 and, after finishing off 2 more TWS members, finished 3rd!
Due to his winning streak, there aren’t as much pictures as one would have wanted, so I’ll walk you through the top 16/A-finals…

Tijs was the first to go. He was paired up with Bart, and spun out in the 2nd run. He finished 9th place.

Reinier was paired up against Robin, and won, but also got beaten by Bart in the Top 8. He finished 8th place.

Ricardo was paired up against Joost, and, after some really close runs, Joost was handed the win. Ricardo finished 11th place.

Edo was paired up against Jim, and won. In the top 8 he too got beaten by the 2009 AND 2010 champion and current D1:10 pointsleader Edwin. Edo finished 5th place. Edwin ended as winner of the 4th round!

As always, at the end of the day the Concours d’Elegance was held, and TWS wasn’t going home without at least one trophy!
From the 6 cars nominated, 3 where TWS! And the winner is…..

Tijs with his TWS Toyota Soarer! Congrats Tijs, a well deserved prize keeping in mind the love and energy you’ve put into this shell 😉

Well, that is for now. The next round is Sunday the 25th of September, which is the day after tomorrow so expect a flash result very soon!